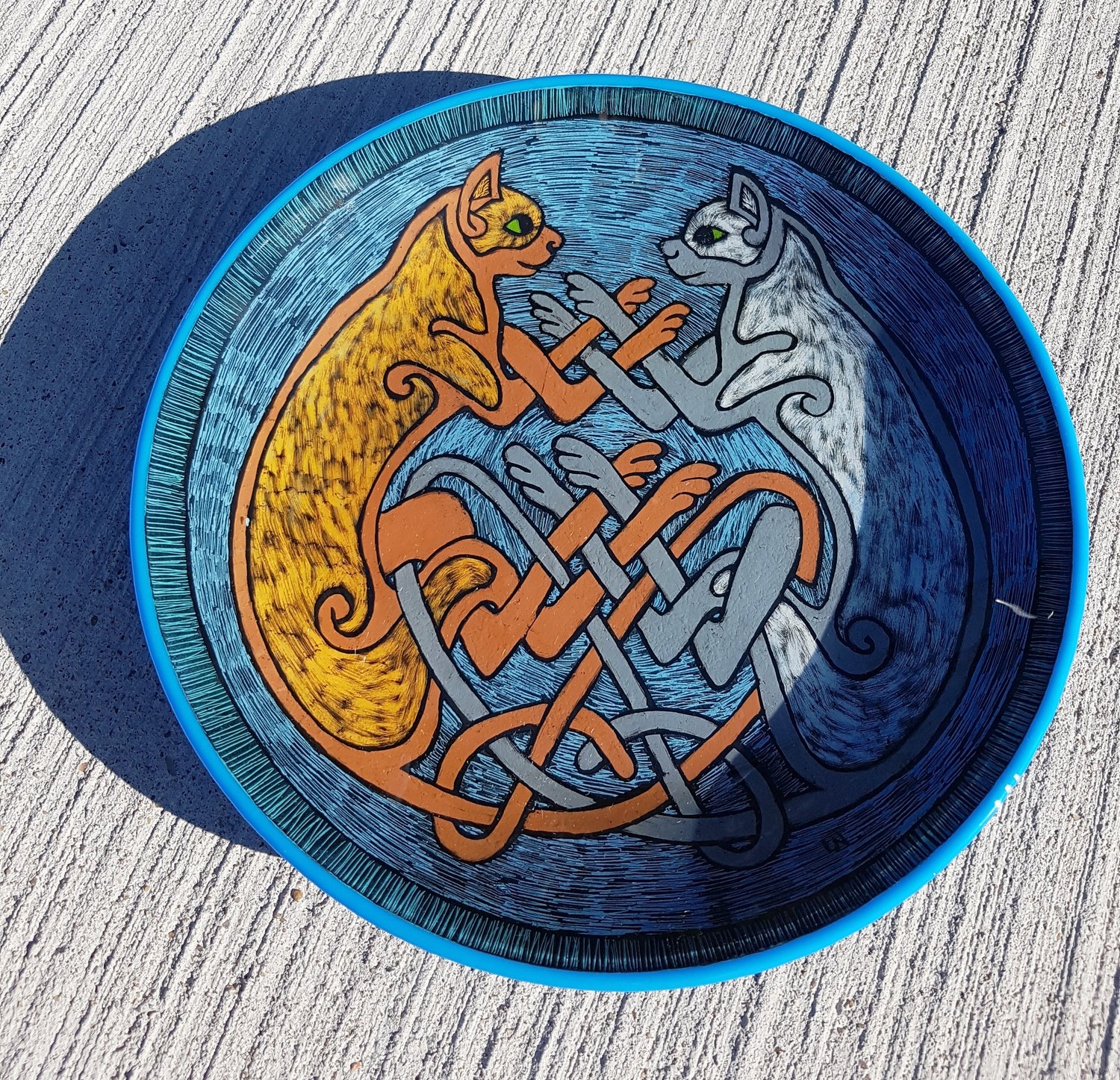 2 Celtic Cats weaving their legs and tails in an attempt at creating a trap...for creatures of the Otherworld or for humans...we will never know!

As always: Kiln annealed, food safe, made will lead free materials, dishwasher safe, not recommended for the oven, cook top or microwave.

The Story Behind the Cats:

Unlike many other Indo-European cultures, the Celts did not revere cats, though there are many references to them in Celtic mythology. Archtypally they serve the same guardian function as demons/angels in the Judeo-Christian myths. Three mythic references to cats which are prominent are; one, a cat which helps to guard the gates of the Otherworld; two, one who is able to shapeshift into a ball of fire; and three, one called Irusan of Knowth who stole humans like the faery. Cat-like monsters were also believed to dwell in dark caves.

I just liked the design.

Save this product for later
Display prices in: CAD